The 42nd edition of the Québec Mines + Energy Conference organized by the Ministère de l’Énergie et des Ressources naturelles du Québec (MERN) was held from the 23rd to the 25th of November 2021. Several sessions featured important players in the Quebec and international energy sector. On the agenda: energy transition, decarbonization, electrification, bioenergy and hydrogen. Many participants were intrigued by the comments and analyses on the latter, as hydrogen is on everyone’s lips these days. The Quebec government is creating anticipation on this hot topic, as it is expected to table its strategy on hydrogen and biofuels soon, the broad outlines of which were revealed last October by the newspaper Les Affaires [1]. However, the details remain unknown until now.

Dominique Deschênes, Associate Deputy Minister for Innovation and Energy Transition at MERN and a panelist at one of the sessions on hydrogen and bioenergy, recalled the central role of the energy sector in the decarbonization of the Quebec economy. In this regard, she recalled that in 2018, 70% of greenhouse gas (GHG) emissions in Quebec were of energy origin, far ahead of emissions from non-energy sources such as industrial processes and product use (15%); agriculture (10%) and waste (5%). Moreover, according to her, hydrogen and bioenergy are complementary to electrification. In fact, together with renewable electricity, hydrogen and bioenergy constitute the third pillar of Quebec’s energy transition, the first two being energy conservation and efficiency, two essential yet often overlooked components.

Hydrogen therefore takes on a strategic role in the Quebec and international energy transition. On a larger scale, it also raises a lot of speculation about its geopolitical effects on an international scale.

This was the subject of the presentation by Mikaa Mered, a lecturer specializing in the geopolitics of the Arctic, Antarctic, and hydrogen at HEC Paris.

From the very beginning, he asked the following question: “Will hydrogen allow for a democratization of energy, or will it rather accentuate the “cartelization” of energy by a few producing countries?” A very good question indeed!

It should be noted that historically, and until very recently, the international geopolitics of energy was limited to the oil issue [2]. However, with the possibility of exporting natural gas in liquefied form (LNG), the geopolitics of natural gas has recently shifted from a local or continental issue to an international one, just like oil. The energy transition is also giving birth to new geopolitics of energy, two of the main components of which are i) the fight against climate change and ii) the supply of critical and strategic minerals necessary for the development of renewable electricity production and storage technologies (batteries, wind turbines, solar panels, etc.). Examples of critical minerals would be copper, graphite, niobium, zinc, cobalt, nickel, titanium and lithium [3]. But what about hydrogen?

For Mikaa Mered, hydrogen represents an opportunity to accentuate the energy independence of countries with few (or no) hydrocarbon reserves, for example France which, by producing hydrogen locally, would no longer depend on energy imports from abroad. It also represents an interesting potential for countries such as Germany, Japan, and South Korea which, while remaining energy importing countries, could nevertheless improve their national energy security by covering their strategic supplies from a larger number of competing producer countries.

On the other hand, hydrogen represents a potential threat to fossil fuel producing countries such as Australia, but especially to Saudi Arabia (and other OPEC countries) whose oil revenues represent a considerable part of the government’s income. Medium-sized countries could also surprise and emerge favorably in the green hydrogen sector. This is the case of Chile, Uruguay, Morocco, Namibia, Iceland, and Greenland (Denmark).

But what about Canada, a country whose oil and gas sector represents 10% of the national GDP [4]? And what about Quebec, more specifically?

“Quebec certainly has more potential than Morocco,” says Mered, “but perhaps not as much as Russia”. Nevertheless, it is up to Quebec to put the odds in its favor to take the place that it is possible for it to take in this new energy market. Strategically, several factors must be considered to capitalize on the historic opportunity provided by hydrogen

First, comprehensive training ecosystems must be in place, which must include not only engineers, but also the various professionals, operators, salespeople and even public affairs practitioners. “It takes three or even five years to develop professionals who will be successful in the field,” Mered argues. So, we need to act sooner rather than later in setting up this training ecosystem.

Then, the competition between technologies must be considered. Indeed, various technologies allow the production of blue, turquoise, pink or green hydrogen [5], depending on the energy source to be used as an input as well as the process employed to produce said hydrogen. All technologies present advantages according to their specific context of use and must be analyzed on a case-by-case basis.

We’ll look at the characteristics and types of hydrogen in more detail in a future article. Nevertheless, let’s mention two things that will be useful for the rest of this one. First, green hydrogen is produced from the electrolysis of water using renewable electricity. Second, blue hydrogen is produced by processing natural gas through a process that combines steam reforming with carbon capture and storage (CCS) technology. Now back to the notion of competition that Mered was talking about.

In Canada, green hydrogen is the most consistent with the Quebec interest, which possesses a large hydroelectric energy production capacity. However, in Alberta and British Columbia, it is rather blue hydrogen that shows the most potential, with these two provinces being important producers of natural gas.

This east-west duality could prove to be a source of uncertainty for the development of the green hydrogen industry in Quebec, Mered suggests, as competition for capital could arise between Quebec and the western provinces. “The directions of the current [federal] government that are currently aligned with the interests of eastern Canada, including Quebec, could be reversed if a Conservative government is elected,” he says.

Finally, Mikaa Mered believes that trading markets will have to be established, on an international scale, to facilitate transactions of hydrogen, but also of carbon credits linked to the production of green or low-carbon hydrogen. “These trading spaces are currently lacking,” he says. In addition, an essential element of energy geopolitics remains to be decided, namely the currency in which contracts related to hydrogen trading will be negotiated. “Will the contracts be negotiated in Euros, Yen, Yuan, Canadian dollars?” The question remains open.

[4] THIBAULT, Jean-François. What does the future hold for Canada’s oil and gas industry?, [Online]. [https://collectiveingenuity.norda.com/What-does-the-future-hold-for-canadas-oil-and-gas-industry] 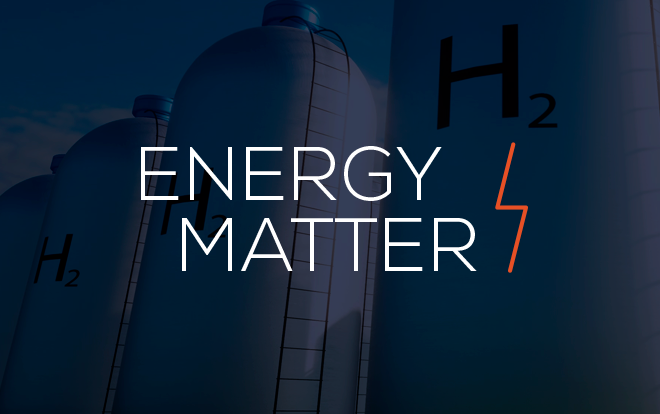