In the world of asset integrity and reliability management, we may want to reduce operating costs, improve equipment durability and reliability, reduce the potential accident risks, or shed light on a design problem.

How can we do this? We have to find the fault!

Failure analysis lets us prevent the occurrence of multiple failures of an asset by identifying the origin and addressing the causes of the failure, instead of mitigating the immediate symptoms. This is the best method for preventing the recurrences of failures. Its secret is based on identifying the fault’s origin.

This series of articles clarifies the real detective work of a materials engineer through concrete cases encountered by two experts in the field, Isabelle Tarquini and Jacynthe Faucher.

Each case study will introduce more theoretical new concepts of materials engineering. In this first article, stress corrosion cracking failure will be explored via the study of failure of an underground stainless steel pipe (304L).

Stress corrosion cracking (SCC) is responsible for many catastrophic ruptures. Some of these events tragically result in deaths or serious injuries.  For example, we can consider the collapse of the roof of a Moscow swimming pool that caused 28 deaths in 2004. This type of disaster, caused by SCC, undoubtedly could have been avoided by selecting materials better suited to the pool’s environment and the stresses imposed on it.

SCC is a degradation phenomenon that results in the conjugated action of three factors:

SCC is generally manifested by the presence of ramified intergranular microcracks that form on the surface of the material in contact with the aggressive medium. It is very difficult to detect, particularly in the case of large structures. So much so that even common non-destructive inspections, such as magnetoscopy, liquid penetrant or ultrasound do not allow its detection, unless the phenomenon is advanced enough to show emerging cracks.

In general, the progression of stress cracking in the pipes occurs according to four development stages:2,3

Stage 1 The conditions of SCC have not been reached yet or are in development, meaning that one of the three factors necessary for the occurrence of SCC is missing.

Stage 2: The factors necessary for the occurrence of an electrochemical reaction must be assembled, namely a certain moisture and chloride rate. This leads to the creation of localized corrosion potential on the outer surface of the pipe, more specifically in a stressed (SCC-sensitive) region. Thus, during Stage 2, stress corrosion cracking (SCC) is initiated, i.e. the appearance of small fragile transgranular cracks. For a certain time, the deformation associated with cracks creates a release of the stresses imposed on the pipe, with the effect of slowing the progression of the cracks.

Stage 3: The onset and propagation of cracks continue. Certain cracks with a favourable orientation will coalesce. When a critical length is reached by a crack, it transitions to Stage 4.

Stage 4: The cracking speed increases exponentially and causes the pipe to fail.

Let us analyze the failure of an underground stainless steel (304L) pipe used to supply water to a steam boiler with a temperature at 75°C.

For a good understanding of the source of the fault and to establish the nature of the failure, we must begin by putting the existing data on the table. Here is what we know about this piece of pipe and its environment.

Now that we know a little more, an action plan can be developed.

Certain tests, inspections and analyses of the pipe will be necessary.

The visual inspection of the piece allows us to refine the failure assumptions and thereby target the specialized tests required.

This picture on the left (ramified cracking on stainless steel 304L pipe) from the visual inspection shows that the degradation essentially seems to come from the exterior of the pipe. The highly ramified appearance of the cracking and the pipe material gives reason to anticipate the presence of a stress cracking phenomenon.  In the case of underground pipes, it is known that the SCC phenomenon only affects the outer surface of the pipe, which is exposed to the soil and/or groundwater.2

Moreover, the cracks will tend to grow in two directions, to the interior of the pipe and perpendicular to the main stress.1

To confirm the origin of the cracks, the next stage will include metallographic cross sectioning. This technique consists of finely preparing the surface to be observed under the optical microscope until a mirror finish is obtained, and then subjecting it to a chemical attack to reveal various evidence. Thus, we can see:

The metallographic cross sectioning performed on our piece of pipe turned out to be very revealing. They allowed us to refine our assumption and move ahead in our search for the fault.

Here are the few conclusions drawn from this analysis:

The region under the collar is intact

Metallographic cross section M3B 500X glyceregia (picture on the left), taken in the non-degraded zone (under a collar), presents a microstructure typical of stainless steel 304L, i.e. a microstructure composed of delta-ferrite in an austenite matrix. This region does not seem to have suffered degradation.

The cracks start form the exterior of the pipe

Metallographic cross section M2A, 25X (picture on the left) reveals crucial information: the origin of the cracks. By identifying the crack and its direction of propagation, we easily trace its origin, the exterior of the pipe.

To confirm our assumptions and go further in our investigation, energy-dispersive X-ray spectroscopy (EDS) was performed on the outer surface of the pipe. The results of the EDS analyses shed light on several relevant factors.

The presence of chloride ions

In the literature, it is well known that stainless steel 304L, when exposed to chlorides, becomes sensitive to initiation of corrosion in several localized forms (pitting corrosion, crevice corrosion, etc.).

If a piece is also subject to a stress, such as bending due to an earth movement, all the conditions for the occurrence of SCC are combined!

Disappearance of iron and nickel elements

By comparing the elements present between the analysis of a main crack and the analysis of a secondary crack, we were able to show the disappearance of iron and nickel elements. This corroborates the assumption related to the presence of a second degradation phenomenon, i.e. selective corrosion in secondary cracks. This corrosion is due to the aggressiveness of the environment.

The presence of calcium and chlorine on the surface of the pipe gives us a pathway concerning the source of the chloride ions. For example, they could come from road salt that percolated into the soil.  We should also note that sulphur in H2S form can also contribute to the SCC phenomenon.

The pipe studied shows highly ramified and transgranular fragile cracks that propagated circumferentially.  According to the information available in the second edition of Stress Corrosion Cracking, Recommended Practices,2 published by the Canadian Energy Pipeline Association (CEPA), this type of failure is considered to be a subcategory of SCC failures.

In this case of CSCC (circumferential stress corrosion cracking), the main stress no longer comes from the internal pressure of the pipe, but rather from a bending stress applied in the longitudinal direction of the pipe.

This stress may come from an earth movement, an external pressure or a height differential in the fill under the pipe.

The analyses performed also revealed another degradation phenomenon, selective corrosion.  This phenomenon occurs in the main cracks preferentially attacking the ferrite-delta phase.  In this case study, this type of corrosion denotes a certain acidity of the environment.

Moreover, the progression of selective dissolution causes stresses to appear at the bottom of the crack, which again favours the initiation of SCC.  Thus, the initial SCC is the result of selective corrosion, which again is due to SCC.  These two phenomena are produced in a loop and feed each other, until Stage 4 is reached, an exponential increase in cracking speed, leading to failure of the pipe.

It is known in the literature that this type of failure is not rare in underground stainless steel pipes.2,4  Moreover, in the stainless steel grade available (e.g. 316L, 904, duplex, etc.), type 304L is the one that shows the least resistance to the initiation of pitting in the presence of chloride ions.

Although our analysis addressed only one section of the pipe, the type of steel used (without protection), the presence of chloride ions and the soil-related stresses allow us to assume that it is very likely that the phenomenon observed is also active elsewhere on the pipe. The occurrence of future leaks can therefore be anticipated.

Since no non-destructive technique exists that allows us to detect the stress corrosion phenomenon before emerging cracks appear, it would be indicated, according to the criticality associated with a failure of the pipe, to:

Nonetheless, we should mention that if the SCC phenomenon is in place, the eventual replacement of the pipe will have to be considered.

The conclusions of this failure analysis allowed the owner to manage its equipment proactively The failure is not an isolated event, such as an overload, and the problem risks recurring.

In light of the analysis, the owner thus may provide for mitigation measures and procedures in case of failure and adequately plan for its replacement and its related operational and budget impacts. 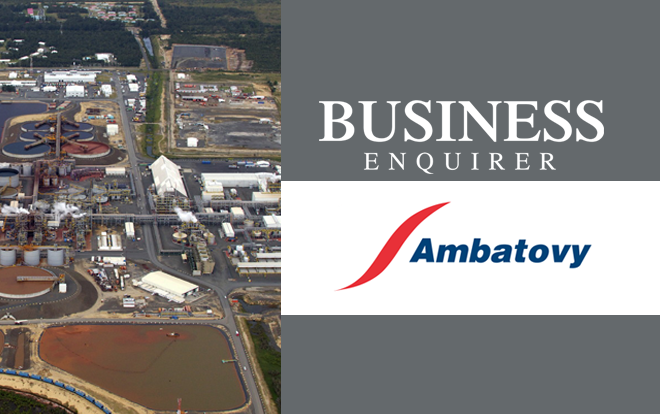 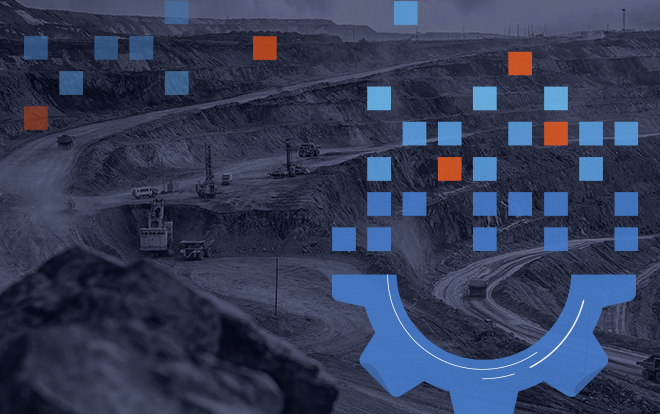 How does a mining company’s digital transformation contribute to better management of its assets? 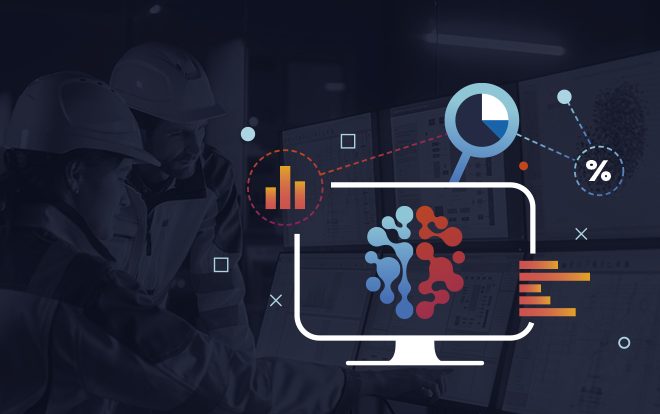 How to avoid replacing assets unnecessarily